Meeting of San Jacinto County Historical Commission is 1st Thursday of each month at 6:00 pm at the basement of the Courthouse. 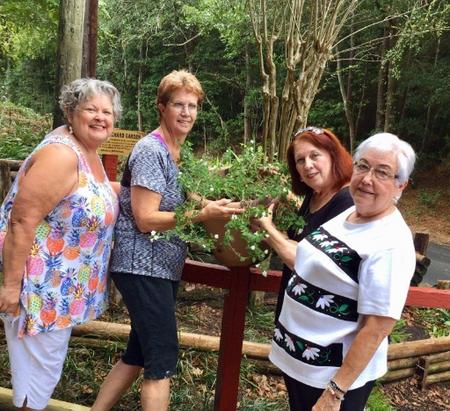 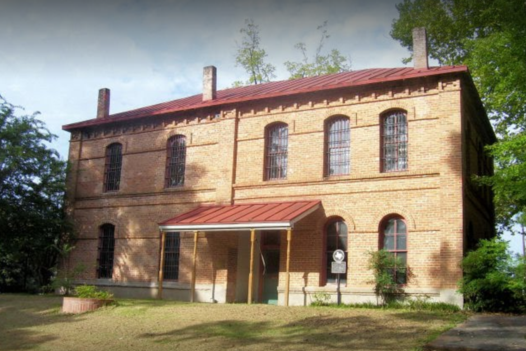 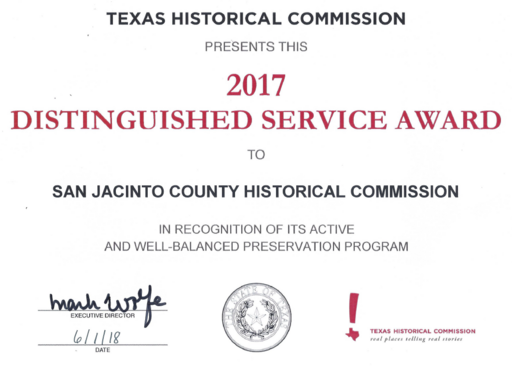 The Historical Commission  of San Jacinto County and the Friends of Old Town Coldspring invite you to the first annual “Power of the Past” Small Engine Show at Old Town Coldspring on March 30, from 9AM -5PM.  The center piece of the show is the 1919 Stover 12hp engine that was given to the Historical Society in 1962.  The history of the engine is not completely known but some residents say that it was used to grind corn at the original Jackson General Store, the store was in the Magnolia community close to Evergreen, Texas, selling a variety of goods and serving as a post office and a meeting place for men in the community. This Engine ground corn there until the 1950s.

The show is featuring Stover Engines but all engines are welcome,  there is no entry fee but exhibitors are required to register and follow safety rules. The Stover Manufacturing and Engine Company was created by D.C. Stover in 1862. An established inventor, he progressed through a profitable windmill business to, in 1895, the manufacture of kerosene and gasoline powered stationary engines for use on the American farm. Between then and 1941, Stover made more than 277,000 engines of various sizes and uses. Stover licensed some designs to Sears, Roebuck and Co. under the Economy trademark. Small engines like the Stover 12hp made the American farms of the early 1900's some of the most productive in the world.  The goal of the show is show the heritage of East Texas how small engines made farming more productive.   Thanks to the many man hours put in by locate engine enthusiast  Larry Paschke it is running again.  Larry had to fabricate new parts, pour new bearings and fix many of engines parts to get it running.  The 12hp Stover is not a small engine in size and weighs in at 3250 lbs and is a very inexpressive thing to see running.  This is find of the 100th birthday party for the engine.  The 12hp Stover Engine is located at the 1840's Ellisor Corn Crib in the Old Town Coldspring Heritage Village.   For information call Ray at 281-636-9212.

The  Coldspring  Area Business  and Merchants Association (CAMBA) will also be sponsoring March Madness around the courthouse square, and shops will be open around the square also.  Come out and enjoy the day, vendors around the square, activities for the kids, and the Old Town will be open along with the engine Show.    Old Town Coldspring is next to the Old Jail Museum on Slade St.  It consists of several historical building from the area.   The  Rosenwald  School was donated from Waverly and moved to this location in 1983.  It is one of a few Rosenwald schools left in Texas.  The old Camilla Post Office was built in 1927 and served until the 1950’s, when it was moved to the Coldspring post Office and became a rural route.  Ms. Billie Trapp purchased the Post Office and donated it to the Old Town in 1984.  The Urbana Train Depot was a watering stop along the railroad in the town of Urbana and was built in 1911.  It was purchased by the Old Town in 1996 and moved to its current location, The Old Jackson Store  is from the Magnolia community near Evergreen.  It was moved to the site in 1983, but was in such bad shape it had to be rebuilt, so it is a replica of the Old Jackson store. The Old General Store is a replica of the first General  Store in the county owned by partnership between Robert H.  McClanahan   and Robert T.   Robinson.  The Old Log Corn Crib was built in the 1840’s and located on the Ellisor’s farm.  It was moved piece by piece and reassembled in 1983.  There is an old Grist mill, refurbished by Larry Paschke, from 1919 under the roof.   The buildings will all be open along with the Old Jail Museum, and contain many artifacts and history from San Jacinto County.    The  site  is where the original courthouse once stood, that burned down in the 1918.  At that time the new courthouse was built, and many of the buildings in old Town were actually moved up to the new location around the courthouse.   Come out and join us for a day of family fun and history.

The historical Old Jail and Old Town is open the 2nd & 4th Saturday of every month from 10Am -3PM.

Check out the CABMA facebook page or website at WWW.CABMA .ORG for information on events around the town.  Come on out and join us for a day of history and fun.